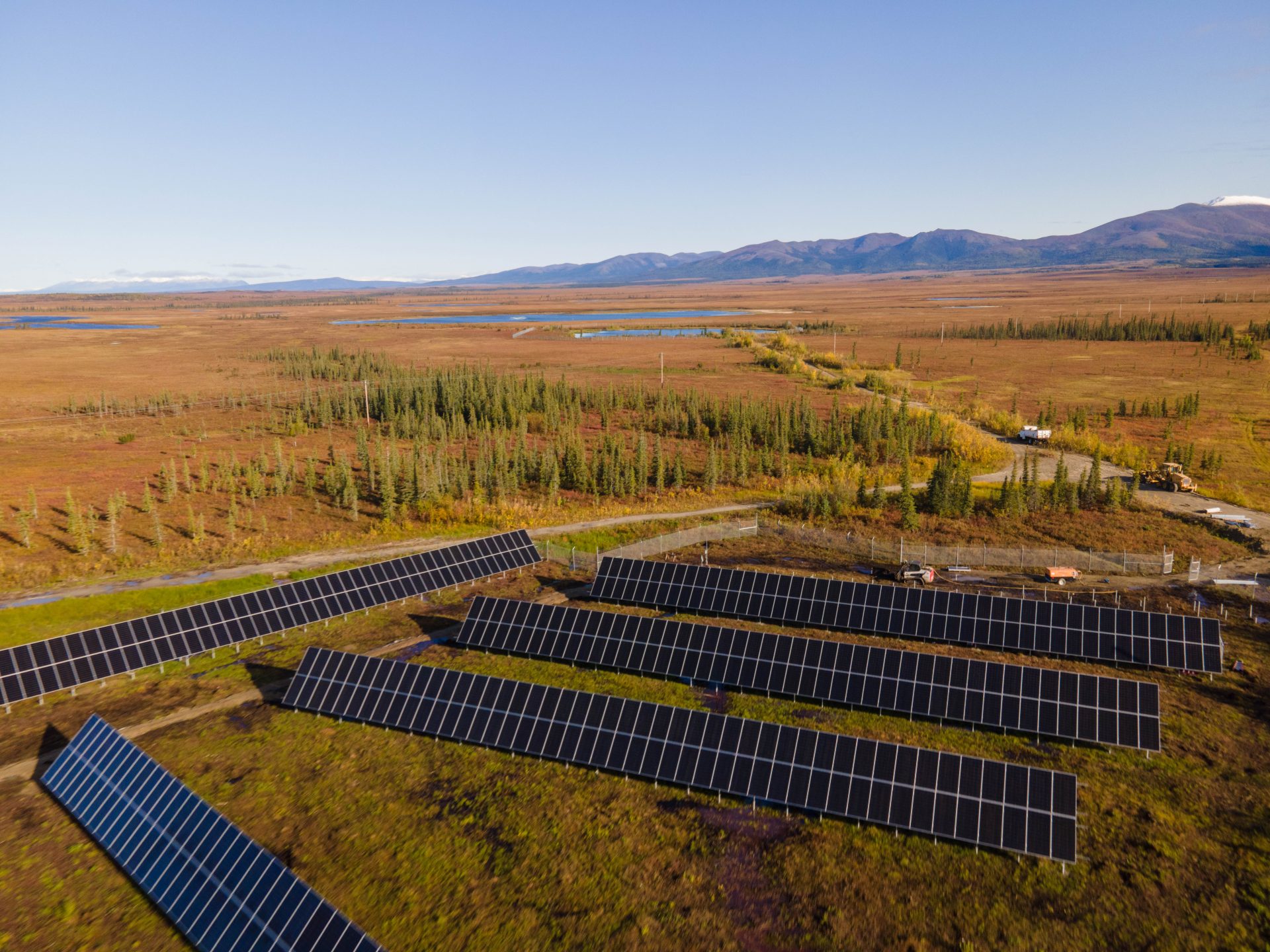 Above the Arctic Circle, in the remote village of Shungnak, Alaska, residents have long relied on a diesel-based power plant system. With $8.25+ a gallon fuel costs and the constant hum and exhaust smell of generators, a new solar-plus-storage microgrid offers a promising, energy resilient future.

Producing power in rural Alaska is a difficult task. For the diesel power plant in Shungnak, Alaska, having to transport fuel into town, either by plane or boat, makes the price of energy high, and extreme weather conditions makes keeping the generator engines from freezing over essential. Though checked three times a day by plant operators, the diesel plant is not continuously staffed, and should a problem arise when no one is there, the system will cut itself off – an especially dangerous problem during -20 to -40 degrees fahrenheit weather.

Funded by the United States Department of Agriculture (USDA) and Northwest Arctic Borough, a new solar-plus-storage microgrid system is designed to address these challenges for decades to come.

“Blue Planet Energy was critical to the success of this project. Thanks to the energy storage system, we can turn the diesels off but keep the lights on in the community. It also gives the local utility the ability to run on 100% clean energy for hours at a time.”
Rob Roys, Chief Innovation Officer at Launch Alaska

Shungnak’s local utility, Alaska Village Electric Cooperative (AVEC), burns roughly 150,000 gallons of diesel fuel a year for the village, where the average energy load hovers around 200 kW and peaks at about 300 kW. Having incorporated renewables like solar and wind power at other service sites, AVEC made substantial modifications to its Shungnak power plant to allow for the integration of the system, which was installed by the Northwest Arctic Borough and is owned and operated by the Native Village of Shungnak and the Native Village of Kobuk.

While the 225 kW solar array had the ability to greatly offset Shungnak’s energy needs, AVEC also understood that the times when the solar array produced the most energy might not always align with the needs of the village.

“Blue Planet Energy’s battery system is a game changer for AVEC,” said Aime Morgan, electrical engineer for AVEC. “We haven’t had energy storage on any community plants before, and as we’re improving the operation of the diesel plant, we now have the ability to store energy when the sun is out and use it later.”

“We’ve been hesitant to jump into energy storage for a number of reasons, but Blue Planet Energy’s battery technology and chemistry is the best available for rural communities at this point,” added Bill Stamm, president and CEO of Alaska Village Electric Cooperative.

Delivering the batteries to remote Shungnak was an initial obstacle. The Blue Planet Energy team used specialized modifications for shipping to enable the enclosures to fit on the planes and ensured they arrived in Alaska on time.

In addition to storing excess daytime solar, Shungnak’s system reduces its carbon footprint and fuel costs associated with running the diesel generators at night. This includes ongoing generator maintenance, which can be extensive and is expensive in this remote community. Blue Planet Energy’s Blue Ion LX batteries, however, require zero specialized ongoing maintenance.

The system is also uniquely designed to enable a ‘diesels off’ operation. The complexities of this required collaboration with strategic partners, like Ageto. Featuring Ageto’s ARC microgrid controller solution, the system can automatically coordinate solar and energy storage to ensure lowest cost power is provided, as well as provide the critical function of communicating with the AVEC power plant on the best times to turn the diesel off. During winter months, when the sun shines less, the batteries can still be recharged from the generators if necessary.

Not only is this microgrid expected to save 25,000 gallons of fuel per year, it is also saving the community an estimated $200,000 per year on fuel costs, based on $7 to $8 per gallon calculations. Additionally, it is helping develop a framework that can be replicated in other remote communities.

“Blue Planet Energy’s LFP batteries show a lot of potential for similar grid-scale projects in the future. For us, it’s nice to partner with a company like Blue Planet Energy that shares our similar focus on sustainability,” added Edwin Bifelt, founder and CEO of ANRI.