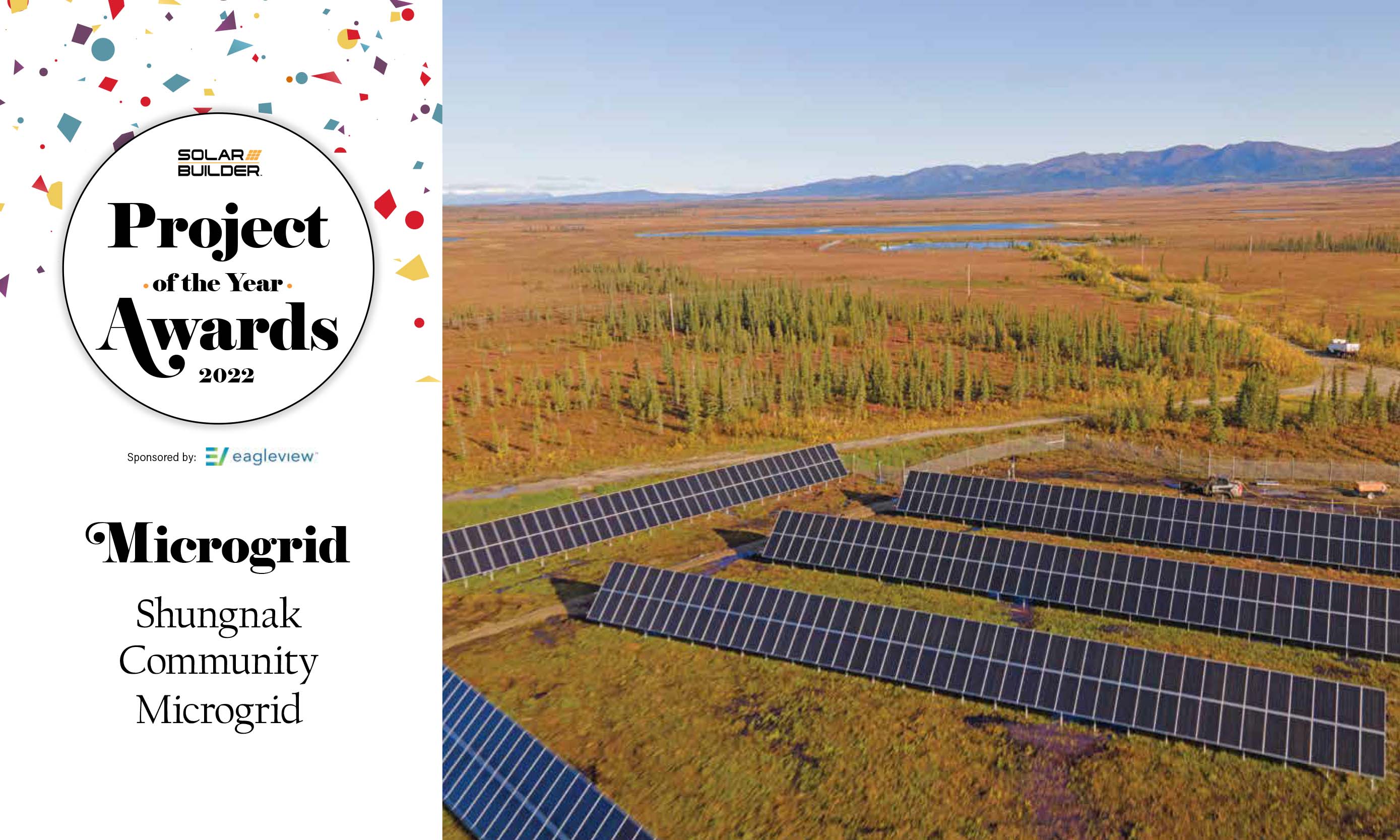 Above the Arctic Circle, in the remote village of Shungnak, Alaska, against the backdrop of a pristine wooded landscape, residents would hear the constant sound (and smell) of a diesel-based power plant system. These generators weren’t economical or convenient either. Fuel needs to be transported into town (on World War II era planes, mind you), carrying costs that recently hit $15 a gallon.

Maybe these generators are more reliable in those frigid temperatures than alternative sources of energy? Hardly. Plant operators must check them at least three times a day to ensure they haven’t frozen over. Should a problem arise when no one is there, the system will cut itself off — an especially dangerous problem during -20 to -40 degrees Fahrenheit weather.

By the way, Alaska has over 200 communities operating on a similar diesel generator system.

Enter the 2022 Microgrid Project of the Year, funded by the United States Department of Agriculture (USDA) and the Northwest Arctic Borough. The Shungnak microgrid project represents the Alaska Village Electric Cooperative (AVEC)’s highest penetration of solar as well as the utility’s first integration of battery storage. It was installed by Alaska Native Renewable Industries and Daylight Energy Services in collaboration with AVEC and nonprofit Launch Alaska.

The 225-kW solar array + a 250-kW / 384 -kWh Blue Ion LX battery system from Blue Planet Energy enables  a “diesel off” (thanks to Ageto’s ARC Microgrid Controller) that has all sorts of benefits to reduce the headaches mentioned earlier.

We’ll get to all of those benefits. But given all we know thus far, my first question for Ingemar Mathiasson with the Northwest Arctic Borough was “What took so long?”

“Well first we had to prove that solar actually worked in the arctic,” he delightfully explains. “The idea when we approached the USDA about it in Washington, D.C., was that Alaska was very dark, and there’s not enough sunlight to justify it being up there.”

Mathiasson and his team have been working to connect more renewable energy projects to enable more “diesel off” time for years. They had gathered data since 2013 on the first PV projects they were able to put in the ground to support an area water plant to show, indeed, solar is viable here.

Shungnak shares this microgrid connection with a nearby village (about 340 residents total), and the two are able to run diesel-off all the way until around 9 p.m. in summertime. “The best day we had was 11 hours straight for two villages from this one microgrid,” Mathiasson says.