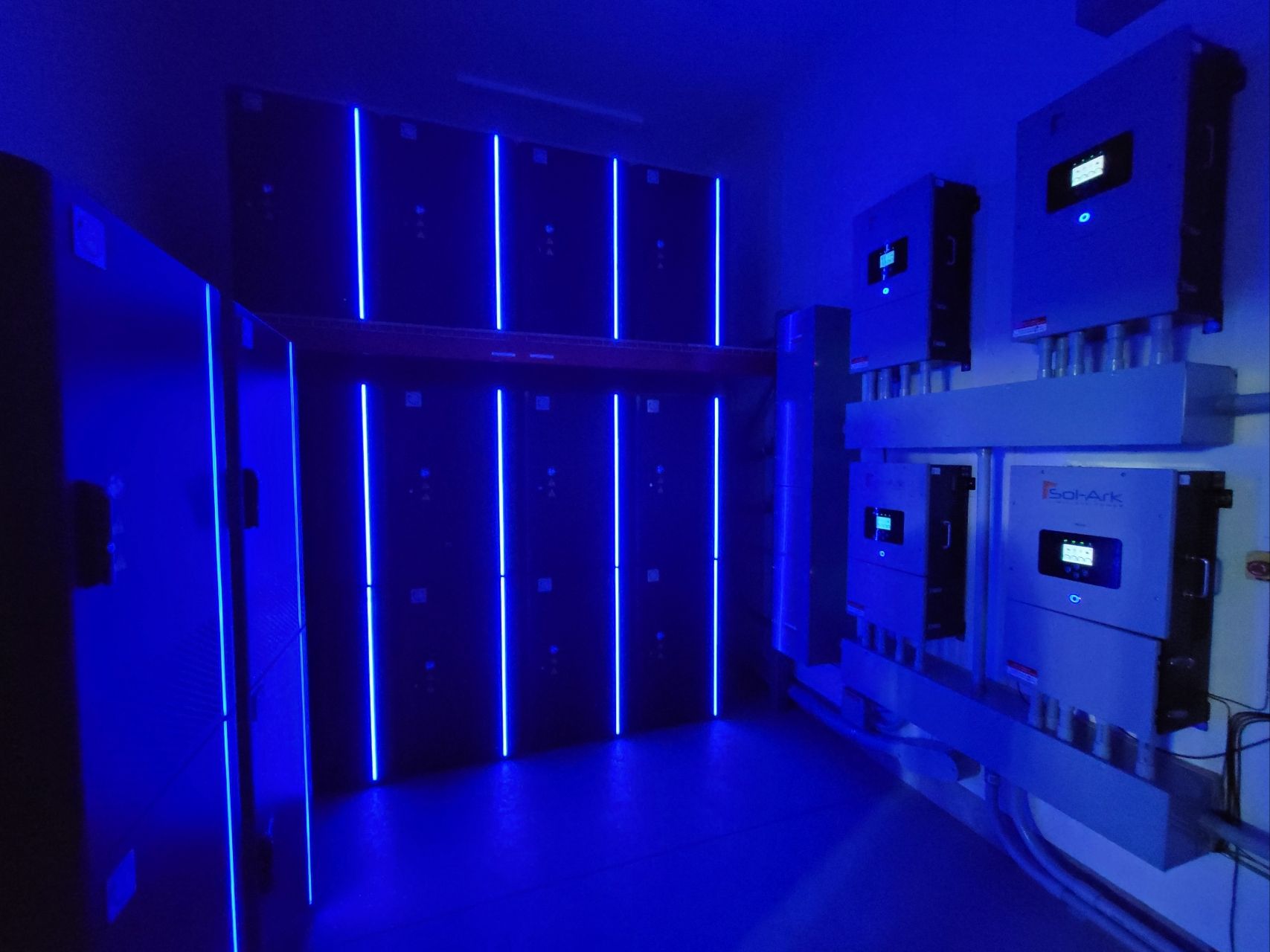 When this Michigan homeowner built his 12,000 square foot house he knew one thing for certain – solar and energy storage was a must. With solar-plus-storage, he could greatly offset the high energy usage of his geothermal HVAC system, pool, electric vehicle, and other appliances. Plus, he could minimize contact with the local utility – a headache that proved especially difficult during construction.

Unlike most houses, this home was uniquely built with 400 amp services and two meters. One meter for the geothermal system and the other for the house. For local installer Michigan Solar Solutions, this also meant installing two separate solar-plus-storage systems.

When the time came to choose which battery equipment to install, Michigan Solar Solutions’ engineering manager Mike Miller presented the homeowner with two options. After talking through the pros and cons of each, Blue Planet Energy was the clear choice.

“For this project in particular it was especially important that the equipment was premium quality to match the rest of the homeowner’s house and lifestyle,” explained Mike. “Blue Planet Energy’s battery performance is top tier, and it comes with a 15 year warranty that matches the new REC Alpha series panels and Solar-Ark inverters that we were using.”

The resilience and ability of Blue Planet Energy batteries to be taken down to zero percent then back up again also made them stand out against competitors. “I ultimately knew that recommending Blue Planet Energy would ensure this homeowner would get exactly what they deserved to get out of a premium system,” Mike added.

Blue Planet Energy’s batteries are also very energy dense, which allowed Michigan Solar Solutions to fit a large amount of power into a small footprint. The batteries also have a closed loop communication with the solar array, which means monitoring can be performed from either the battery’s or the solar’s monitoring platform. This offers an extremely useful benefit to the homeowner because it allows him to choose whichever monitoring platform he prefers.

Typically, Michigan Solar Solutions analyzes a home’s past energy usage data to size a system based on the home’s actual consumption demand. However, this home was a new build without any usage history that Mike or his team could reference.

Instead, Mike took an educated measure of about 60 percent energy usage to initially size the solar and battery capacity.

“We designed the system with room for expansion, both on the solar side and the battery side. And, we specifically chose equipment that afforded us that flexibility,” said Mike.

The batteries were installed in an outbuilding barn with a five-inch thick commercial concrete floor. “The ability to stack the batteries allowed us to fit several enclosures in one room, which was a rather tall room,” added Mike. “The room itself was actually rather tight, with no airflow, so we had to add a mini split to make sure the room stayed cool.”

With his solar-plus-storage system in place, this Michigan homeowner can take advantage of the many benefits of renewable energy all while lowering his monthly electricity bill and reducing his dependence on the utility grid.