Maximizing Savings and Sustainability for Coffee Farm Owners in Hawaii 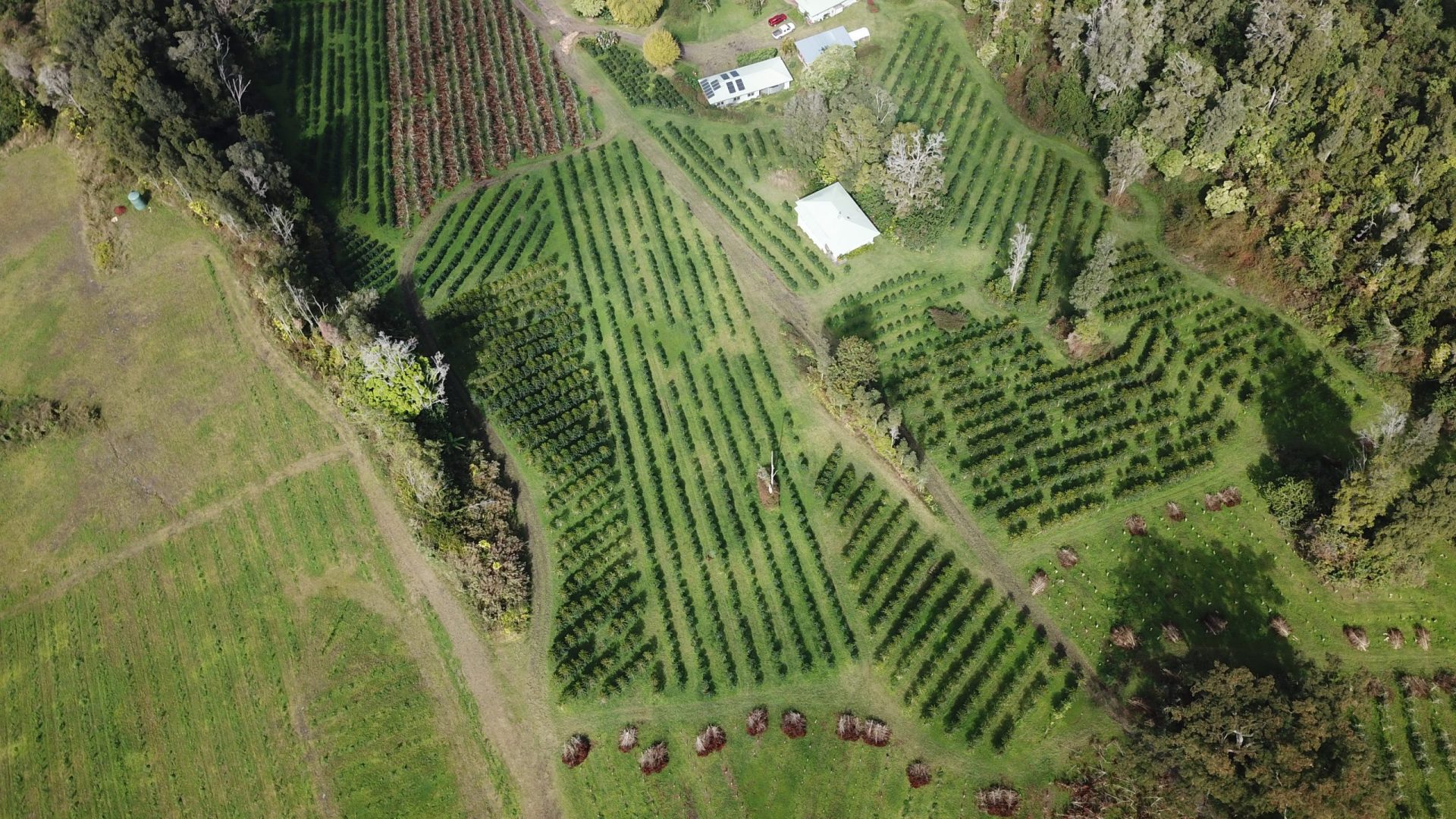 After nearly fifteen years of successfully running their eighty acre certified organic coffee farm in South Kona, Hawaii, Robert and Dawn Barnes and Craig and Mary Kay Wattles decided to build a new 8,000 square foot mill to keep up with the high demand for their products. The owners sought to power their farm, mill and roastery entirely from renewable sources to align with their core company principle of sustainability.

When researching how much it would cost to connect to the local utility as opposed to using renewable sources of power, the owners discovered it would cost twice as much to bring utility power up to their farm to run a mill that requires a large amount of power. The owners had previously used heavy, short-lived lead acid batteries to store the solar energy they produced as well as a diesel powered generator at their last farm. However, their lead acid battery bank could only be discharged half way so as to not damage the batteries. This forced the owners to buy double the nameplate battery capacity, and take up even more space at their farm just to have the same usable amount of energy as lithium batteries. Even then, their battery bank couldn’t meet the high power needs of their business, as they often had to turn on their generator. However, the owners didn’t like that their noisy, polluting generator often distracted tourists during farm tours and also stood in direct conflict with the sustainable focus of their brand.

The owners considered pairing solar energy with Tesla batteries, but discovered that Blue Planet Energy offers more reliable storage solutions that are not prone to thermal runaway due to their use of the safest lithium battery chemistry available. Given that the energy storage system would be near staff and tourists, the owners knew they needed to prioritize safety. Since the batteries would be placed on display for farm tours, the owners were also pleased with the sleek design and aesthetics of the Blue Planet Energy systems. Lastly, the owners also selected these storage systems because they come with a fifteen-year warranty and can be fully discharged, unlike their old lead acid batteries. This meant that they wouldn’t have to worry about replacement costs and would have double the energy with a much smaller footprint. The system now saves an estimated $1,600 a month in what would be charged by the local utility.

"We selected the Blue Planet Energy systems because they are the safest, most reliable option on the market and also because of their sleek design. We continue to be impressed with their long-lasting power throughout the day as well as their extremely fast recharge time. They’ve performed flawlessly."

The owners were referred to Solar Advantage, a reputable, solar-plus-storage installation company led by Joe Bruno, due to their technical expertise, strong customer support and efficiency in completing projects. After this robust microgrid was installed, it was heavily leveraged during the construction of the new 8,000 square foot mill. Fabricators used this newly installed solar-plus-storage system for high-voltage welding all day for consecutive days at a time. Due to the ability of the Blue Planet Energy systems to recharge quickly, these systems remained fully charged at the end of each day, despite consistent and repetitive daily use. Fast charge times are particularly important in high altitude climates, common in Hawaii, where there can often be unexpected cloud cover.

This fully off-grid system now powers dehumidifiers, air conditioners and a large coffee dryer that runs twenty-four-seven, a wet mill that runs several hours a day, electric water heaters and lighting for on-site accommodations. Even with several high power items running at all hours of the day and night, the Blue Planet Energy systems are fully charged every single morning so that the owners never have to endure any unnecessary delays in their work. “We’re regularly pulping coffee in the late afternoon and into the late evening,” said Robert. “We continue to be impressed by the fact that we deplete the batteries every night, but by 9 am, they’re always fully charged again and ready for another full day’s use.”

Despite the fact that the owners had previously lived off grid for eleven years in Papua New Guinea, they were not accustomed to having such an oversupply of energy. “It was quite an adjustment for us,” Robert explained. “We were so used to turning off appliances to ensure we had enough power the next day, but this system is far superior to the extent we had to finally train ourselves to stop thinking about how much energy we’re consuming,” Robert continued.

Given that the owners’ microgrid still produced excess energy, even with all of their energy intensive loads, they decided to innovate and further reduce their carbon footprint. In line with the sustainable ethos of Kona Rainforest Coffee, the owners are now planning to use this additional energy to power a drone to assist with organic spraying of their coffee plants as well as three 4x4 electric farm vehicles. Replacing their fossil fuel powered farm vehicles will ensure the owners’ entire business adheres to the highest environmental standards and minimizes carbon emissions.

Although the owners have always preferred to live and work in harmony with nature as a matter of personal principles, their choices to produce only certified organic coffee as well as to live primarily off of solar energy and energy storage have also directly benefited their business. In fact, they only began organizing coffee tours because people across the world specifically sought them out due to their organic coffee and sustainable business practices. After a writer for the Washington Post discovered them and took a tour, he wrote an article about their farm that drove even further visitors to the farm each year. The next thing the owners knew, they were covered by Hana Hou, the Magazine of Hawaiian Airlines, as well as the Boston Globe. Soon after, the famous Japanese chef, Masaharu Morimoto, visited the farm with an entire film crew from Los Angeles, which led to the owners being offered an opportunity to sell their coffee in his restaurants. Unsurprisingly, the owners have been selling out of coffee year after year.

"Given intermittent cloud cover in many areas of Hawaii, Blue Planet Energy’s quick recharge time is critical, particularly for fully off-grid businesses like Kona Rainforest Coffee. Also, if the owners’ energy needs increase over time, they can easily, and incrementally, expand their energy storage system."

In the likely possibility that the owners’ energy use continues to grow, given the substantial growth their business has experienced over the past fifteen years, their Blue Planet Energy systems can be easily expanded. Solar Advantage installed the system with room for additional battery capacity for the owners so that their energy storage system can increase in size incrementally, anywhere from 60 kWh up to 80 kWh. No additional equipment needs to be added to increase the battery bank size other than additional battery modules, as all conduit and wiring is already in place.

Thanks to Solar Advantage’s expertise, solar power and reliable, long-lasting Blue Planet Energy storage systems, the owners have been able to maximize savings, increase their annual revenue and drastically reduce the carbon footprint of their organic coffee business.