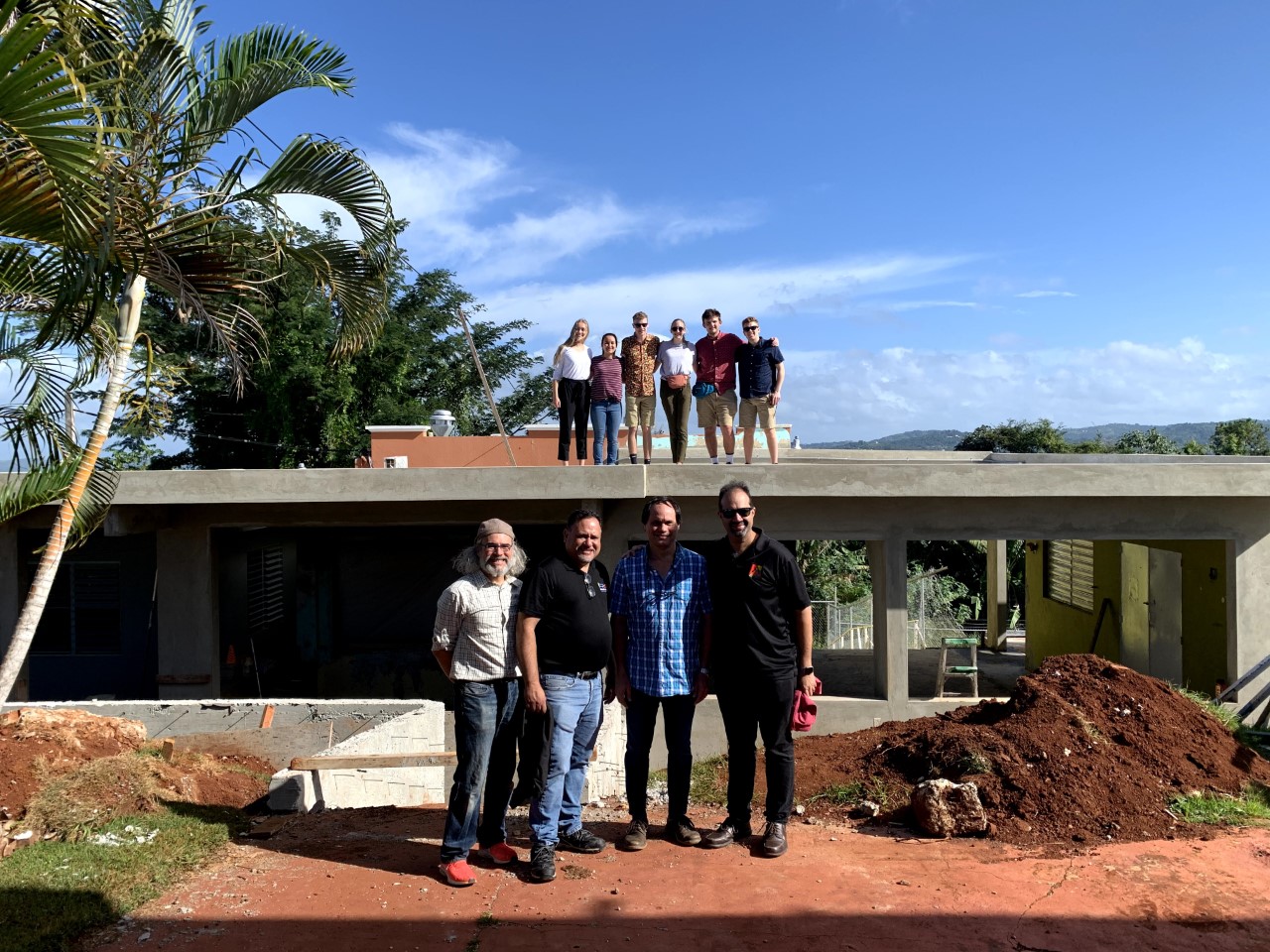 Rebuilding Puerto Rico after the devastation of Hurricane Maria in 2017 has remained a key initiative of Blue Planet Energy, and supplying reliable power has taken shape in many forms: including job training, disaster relief partnerships, and, most recently, equipment donations.Another group responding to the island’s energy crisis is the University of Wisconsin-Madison Puerto Rico chapter of Engineers Without Borders (EWB-WM Puerto Rico). Engineers Without Borders (EWB) is a global organization dedicated to building a better, more sustainable world through socially and environmentally responsible engineering. On a mission to provide relief to those who have the greatest need, EWB-WM Puerto Rico collected donations to install a solar-plus-battery system at Hogar Albergue para Niños Jesús de Nazaret, a children's shelter in Mayagüez, Puerto Rico.The shelter, which offers shelter, food, transportation, education, and psychological services to children who are victims of neglect or abuse, only recently regained electricity following Hurricane Maria. The territory’s fragile power grid and ongoing earthquakes continue to make rolling blackouts and high electricity costs an everyday reality for the shelter.With the help of AZ Engineering, the students came up with a plan to reduce the shelter’s monthly $1,000 electricity bill by capturing the island’s abundant solar resource and storing energy onsite, ultimately hoping to sell excess energy back to the utility. By reducing energy expenses, the shelter would be able to put the money saved back into resources for the children.AZ Engineering has donated its services to help the students plan, permit, install and commission every aspect of the system.

“This group is enthralled with solving the problems of tomorrow,” said Claire Mitchell, EWB-WM Puerto Rico Project Manager. “Many have never seen solar projects up close before, and none have been so intricately involved with actually designing the system.”The system consists of a 25 kW solar PV array installed across three existing structures and four Blue Planet Energy Blue Ion 2.0 batteries with a total capacity of 64 kWh. The battery system donations were done in collaboration with Blue Planet Energy’s premier battery module supplier Murata, who together joined forces to contribute to social causes in Puerto Rico. With these non-toxic batteries, the shelter will be able to maintain power during the area’s frequent power outages without concern for fire issues near the children. The system is designed to withstand any future hurricanes, giving the shelter continued electricity even during extensive grid failures.

“This project is significant not only because it brings reliable power to the people of Puerto Rico, but also because we are contributing to the education of young engineers on renewable energy and infrastructure resilience,” said Gabriel Perez, Caribbean Regional Manager at Blue Planet Energy. “The work of these students to better the lives of others and the environment aligns with Blue Planet Energy’s daily commitment to sustainable living, and we’re happy to donate our batteries to this project.”The group made several trips to Puerto Rico to properly plan and source the project and during that time experienced a series of earthquakes common to the area.“The earthquakes reminded us just how crucial it is to design a resilient system that will survive natural disasters and will be a source of power that the orphanage and community can rely on for years to come,” said Amanda Pustis, mentor for EWB-UW Puerto Rico.Over the next five years, the EWB-WM Puerto Rico team will continue to check in with the shelter to ensure the system is running at its highest potential and monitor the cost of the shelter’s electricity bill.With more money in their pocket, the shelter will be able to provide more psychological services to the children, offer access to more educational opportunities and eventually expand their capacity to take in more children in need of a temporary home.These young engineers are impacting both local and distant communities through their work by educating the public about solar energy and helping reduce harmful energy demands on the environment.