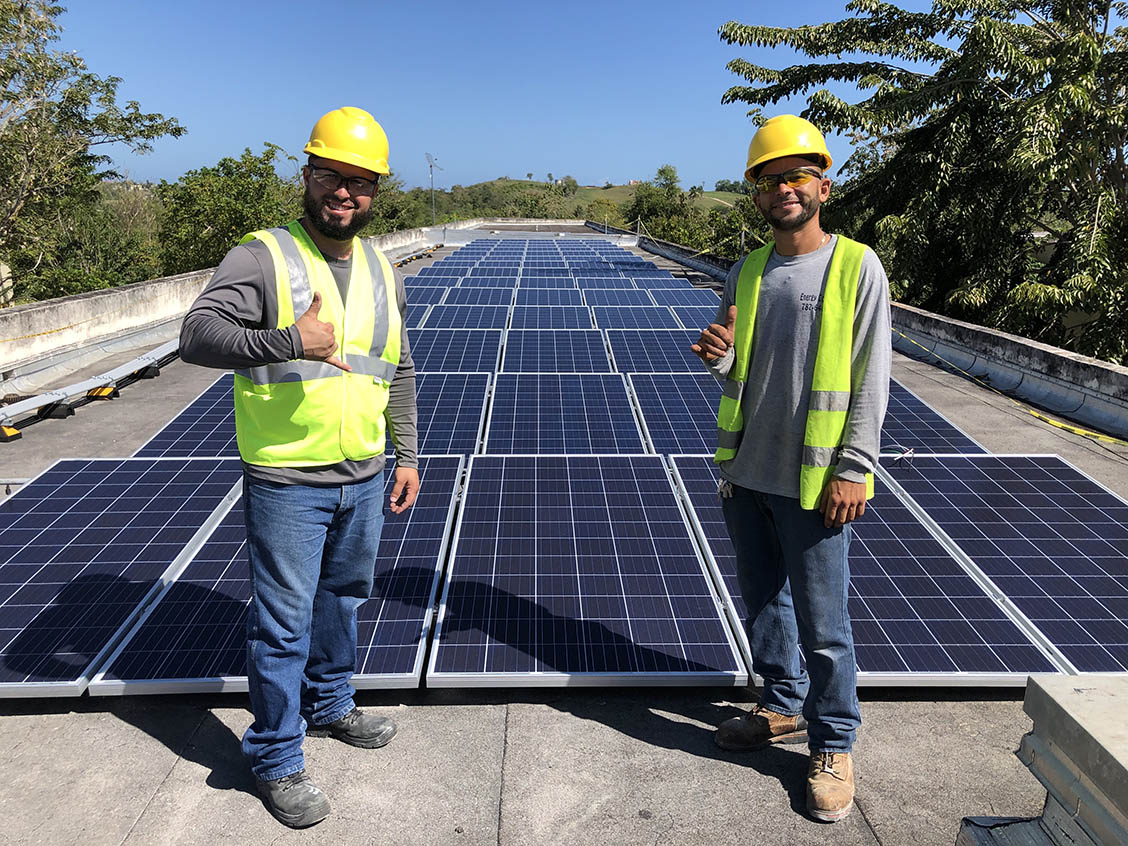 In September 2017, the category 5 Hurricane Maria left an estimated 95% of Puerto Rico without power or cell service, and more than half of the population without access to clean drinking water. Three months later, 45% of the population—more than 1.5 million individuals—was still without electrical service.

Developed to serve as community shelters during extreme weather events, Blue Planet Energy and the American Red Cross have equipped more than 100 schools across Puerto Rico with battery systems charged by solar energy. Spread across 83 municipalities, Solar Schools Project sites were selected and designated as emergency shelters by the Puerto Rican Housing Authority. Shelters play a crucial role for communities in times of emergency. In addition to providing food and shelter to community members impacted by natural disasters, they serve as a mission control center for NGOs to strategize disaster relief efforts, gather supplies, and communicate recovery plans. Innovative initiatives such as the Solar Schools Project provide a roadmap to resiliency for other communities in the U.S. and beyond to follow.

“Our strategic partnerships in Puerto Rico are fundamental to our efforts of building more resilient communities, training energy professionals, and amplifying the impact of our collective experience.”—Gregg Murphy, Blue Planet Energy‍