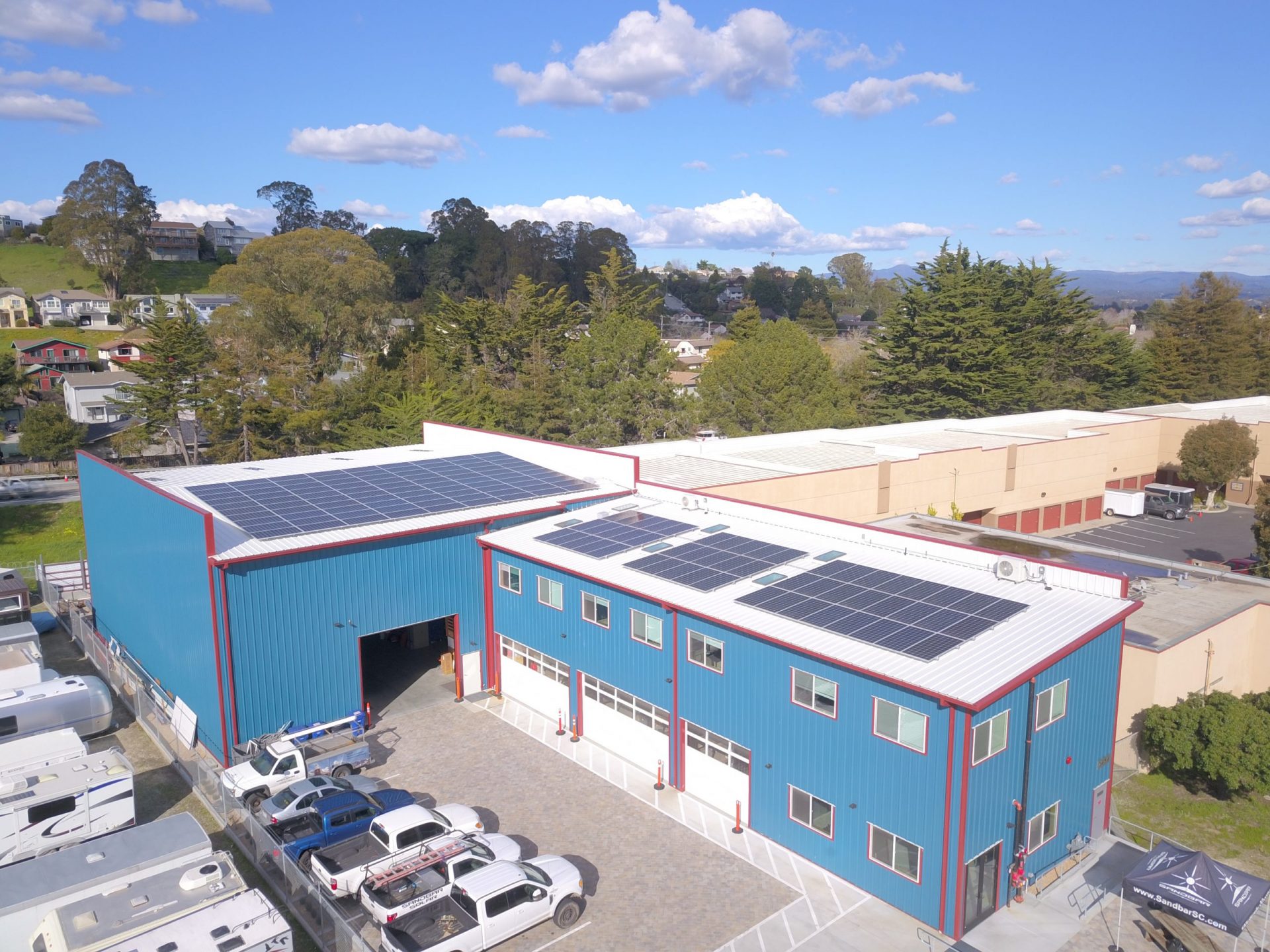 When setting out to build its new corporate headquarters, Santa Cruz-based solar installer Sandbar Solar & Electric had a choice: plan and pay for the costly, multi-year process of connecting to utility power or equip the building to run independently from the grid. As a renewable energy installer, the decision to install a solar-plus-storage microgrid was natural.

When Scott Laskey, owner of Sandbar Solar & Electric, decided to build his 11,500-square-foot warehouse and office space on undeveloped land, he knew he had to equip the site with a reliable power source. One option was to accept electricity from the local utility, PG&E, which was estimated to cost nearly $75,000 to establish a new electrical service, take 18 months to connect, and cost around $1,000 monthly for electricity bills. But as a renewable energy installer, Laskey favored an alternative option - a standalone microgrid that allowed his building to generate, store, and distribute its own energy.

Experienced in installing off-grid projects, Sandbar Solar & Electric was able to manage the technical aspects of the microgrid installation itself.Combining a 59 kW rooftop solar array, 30 kWh Avalon batteries, a 60 kW natural gas generator, and microgrid control software developed by Ageto Energy, Sandbar Solar & Electric’s system was designed to produce enough energy to satisfy the building’s energy needs for over 96% of the year. The remaining time, particularly in prolonged cloudy weather, would be covered by the generator. But as Sandbar Solar & Electric’s operations continued to grow, so did their energy load, and they quickly realized the need for additional battery capacity.By adding a Blue Planet Energy Blue Ion LXHV system, Sandbar Solar & Electric was able to increase their load capacity by 64 kWh, as well as benefit from increased efficiency and usefulness from their existing solar resources, while reducing reliance on the gas generator.With a highly efficient charge and discharge rate, Blue Planet Energy’s battery remains charged without expelling energy, allowing it to store 100 percent of the incoming solar energy and greatly reduce generator usage - and its associated environmental impact and noise. And, as the building’s energy needs continue to expand, the Blue Ion LXHV is fully scalable to 2 MWh, allowing Sandbar Solar & Electric to easily install additional capacity to the existing system.The performance and safety of batteries are essential for a site without grid connectivity. The Blue Ion LXHV is made with a fire-safe battery chemistry with additional built-in system safeguards, and operates within a wide range of temperatures, from -4°F to 113°F. While maintenance requirements are rare, the battery features a removable service entrance and zero-displacement door hinge for safe serviceability without sacrificing energy density.

Sandbar Solar & Electric’s property is equipped with commercial-grade, 480V, 3-phase power and has been operating completely independent of the grid since the installation of its microgrid. During that same time, Santa Cruz experienced multiple city and statewide power outages, yet Sandbar Solar & Electric was able to remain fully operational during each event.Scott was also able to cut his monthly energy bill to zero, except for a $9 natural gas charge, and expects the system to pay for itself in the coming years - further proving that the solar-plus-storage microgrid provides cleaner, cheaper, and more reliable power than the local utility.As a pioneer for microgrid projects in Santa Cruz, Sandbar Solar & Electric is using its system’s performance data to help the city define guidelines for future microgrid developers.

“Over a twenty-year period - not even including the $75,000 interconnection study or the carrying costs for every month we waited for grid connection - utility power would end up costing about the same as a microgrid. The obvious decision was to build an islanded microgrid so we’d have energy independence.”— Scott Laskey, Owner and President, Sandbar Solar & Electric“Our commercial energy storage system lets Sandbar Solar put all available solar energy from the roof to work at the facility, with only a small footprint on theirwarehouse floor."— Ben Widmer, Product manager, Blue Planet Energy