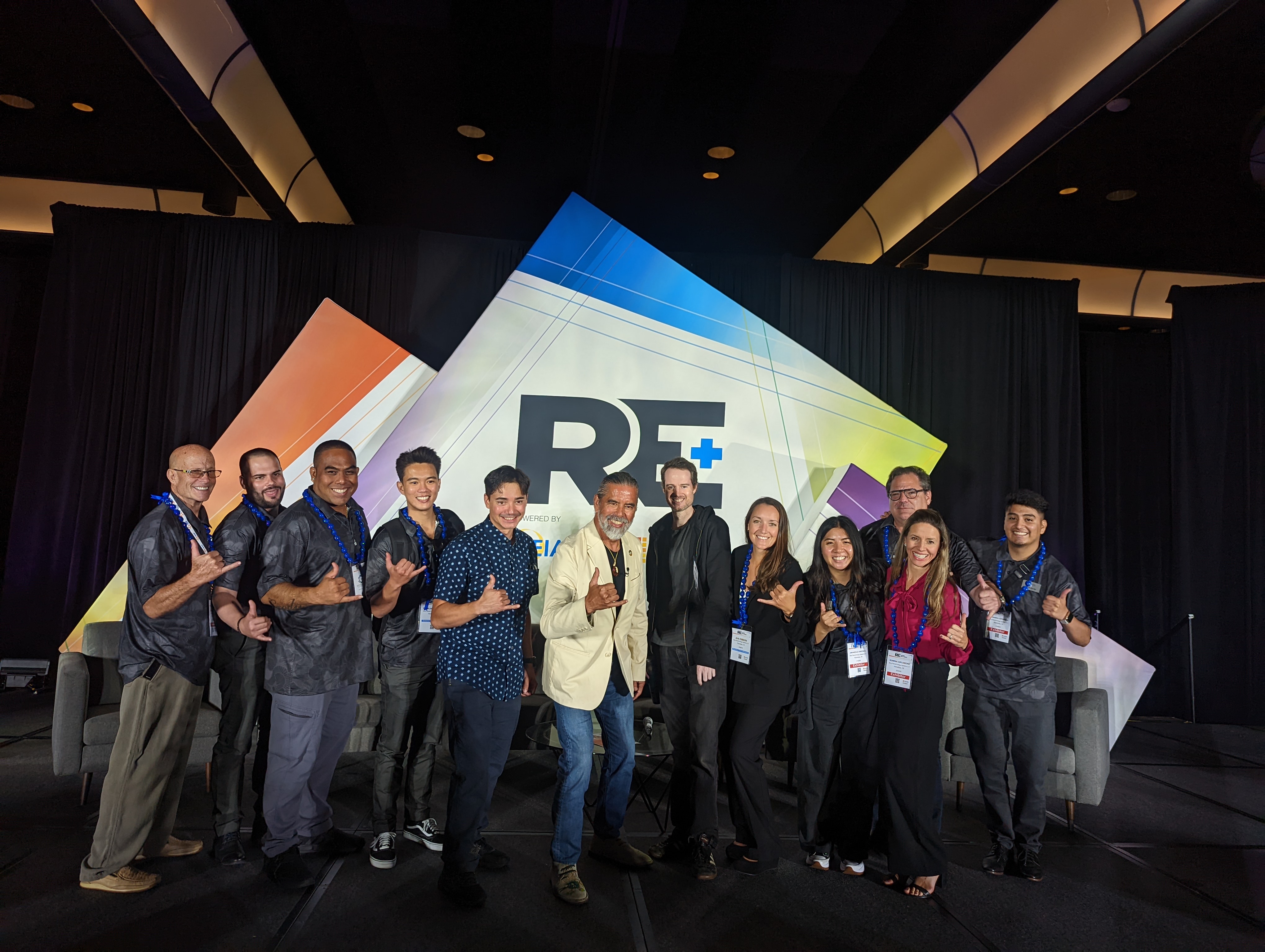 New to RE+ 2022 was the Master Speaker Series, where the industry’s leading innovators, developers, and influencers took the stage to share their vision of a clean energy future and what we can do today to get there.

Blue Planet Energy’s founder and CEO Henk Rogers sat down with Canary Media’s Julian Spector for an engaging discussion about Hawaii's landmark 100% renewable energy by 2045 mandate and Rogers' global efforts to empower other states and countries to join the movement.

The conversation started with Rogers explaining how, “17 years ago I found myself in the back of an ambulance with 100% blockage of the ‘widowmaker’ – the biggest artery in your heart,” made him reevaluate his missions in life. Then, after reading about the destruction of coral reefs by carbon in his backyard in Hawaii, Rogers discovered his first mission: to end the use of carbon-based fuel.

“There are so many NGOs out there that are all trying to do something similar, but the problem is that each NGO is working in a silo and they don’t have a very loud voice, whereas OPEC has a very huge voice. What we need to do to counteract the fossil fuel industry is to organize; we need to have a big enough voice so when we say something everybody listens.”

Watch the 30-minute fireside chat to hear how Rogers’ life work strives to create a planet in which humanity and nature live in harmony.

Highlights from the Show

On the showfloor, Blue Planet Energy also debuted its Blue Ion HI and Blue Ion LX together for the first time while the team talked one-on-one with current and potential partners about the power of Blue Ion. Thank you to our many partners and friends dealers who connected with us at RE+ and those who joined our rooftop party – RE+ 2022 was an event to remember!